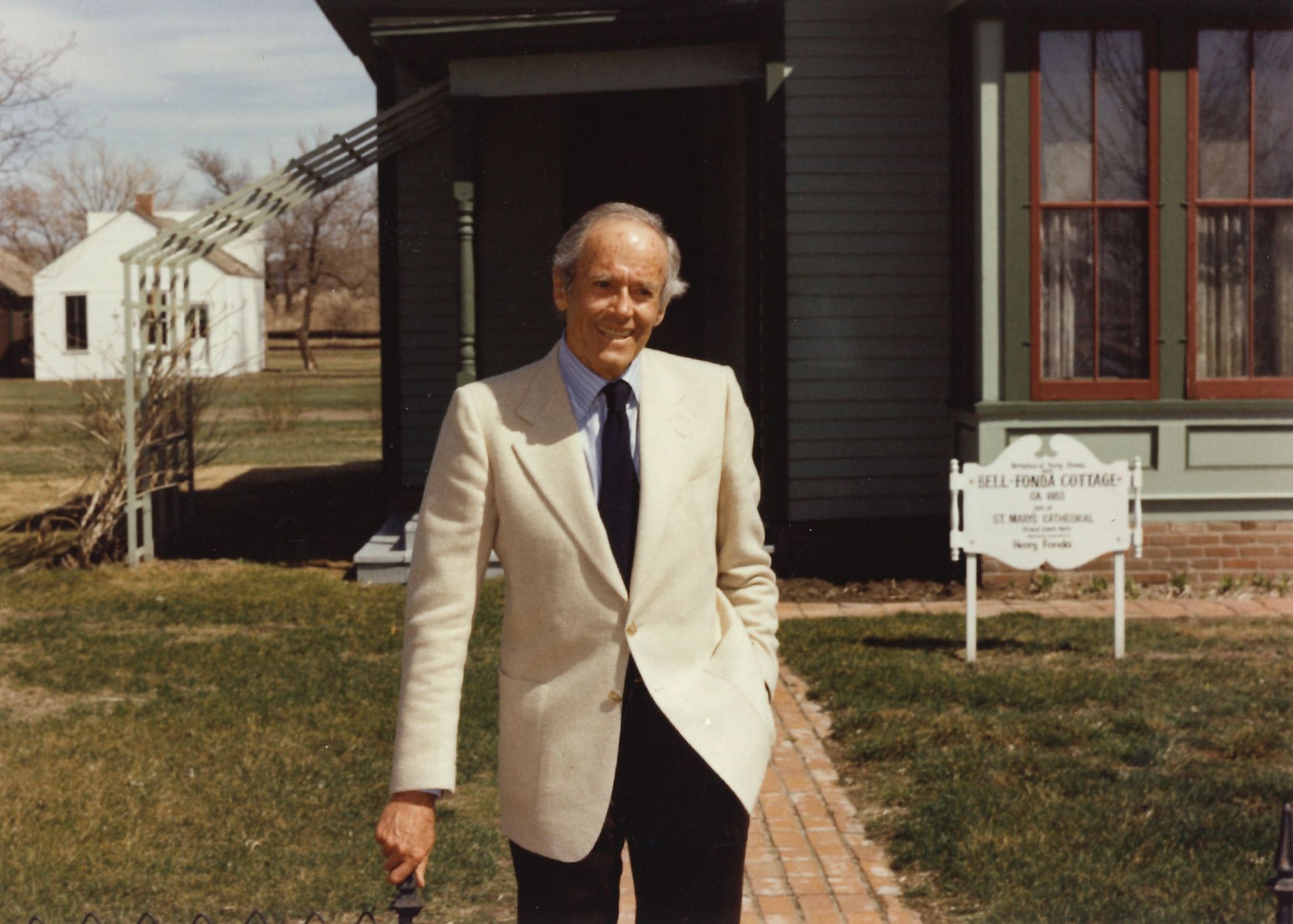 Did you know one of America’s finest actors was born in Grand Island?

Henry Fonda (1905 -1982) was born in the house pictured above, which was located at 622 W. Division Street in Grand Island in 1905. The home, which is representative of a “starter home” for a newly married couple, was rented in May of 1904 to the Fondas by banker George B. Bell, and is known as the “Bell Cottage” in Railroad Town. At the time, Fonda’s father William was a salesman for a popular brand of crackers – Uneeda Biscuits. The family moved from Grand Island to Omaha in February 1906.

In Railroad Town, the home is not portrayed as the birthplace of an Oscar winning actor, but as a small rental cottage of the 1890s. The home itself was built in 1884.

Fonda visited the structure in April of 1978 and he and later his family have been supportive of the museum and its efforts in preserving the home. Based on an documented description of the visit:

[Fonda] quietly walked through each of the rooms, studying details of the furniture, walls and floors. Then he came to the bedroom where he was born. He stood looking at the brass bed for several minutes with a distant gaze.

You can learn more about the house, it’s history and the actor in this episode of the Stuhr Crazy Podcast.