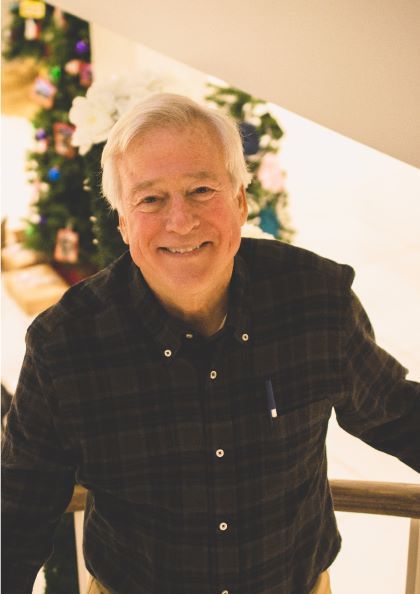 Van grew up in Grand Island, and attended Claremont-McKenna College followed by the University of Nebraska Law School.  After graduation in 1970, he served as a Captain in the US Army.  In 1972, Van moved to Kansas City where he was a banker, culminating as President of Brookside Savings Bank.  Subsequently, he was a financial advisor at UBS.  His current board positions are the Stuhr Museum Foundation, Kirkwood and the Missouri chapter of Nature Conservancy.  Van has one son, Hunter, and three grandchildren.